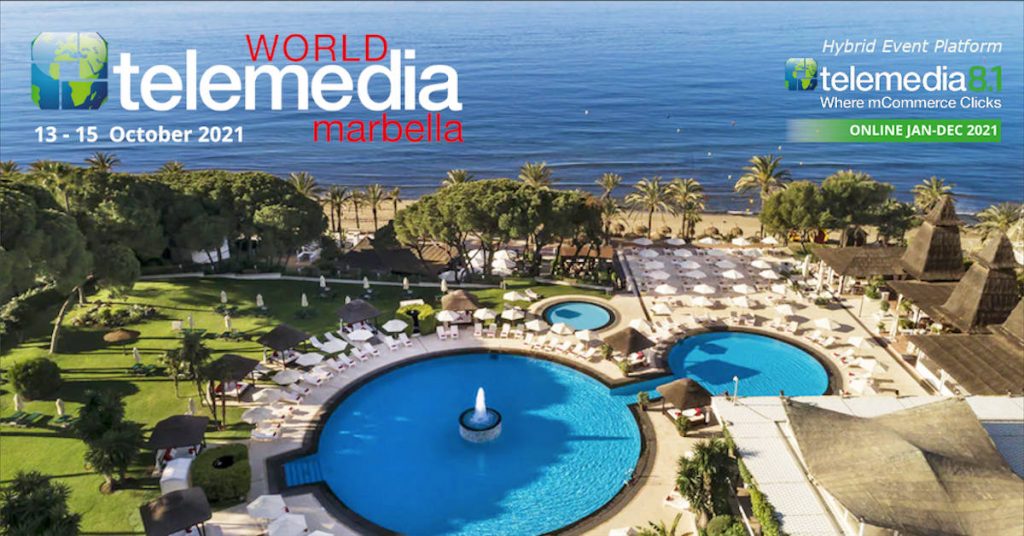 “It was definitely time for a change of scene, so we’re absolutely delighted to now offer our attendees a chance to do business in one of the most exclusive beachfront hotels In Marbella – they deserve it!”.

“Covid has forced us to reimagine the traditional event format and this new venue offers bright and airy networking and exhibition spaces that open directly to outdoor terraces, wonderful tropical gardens, poolside cabanas and of course a private beach!”

Having been forced to postpone in 2020, the show returns to its usual early autumn slot, and with two years pent up demand, early indications are that, despite concerns around Covid – the show already looks set to be a classic.

World Telemedia has long held a reputation for being the leading “in person” event for buyers & suppliers of mobile payments, marketing, messaging, advertising, content, apps, VAS and traffic etc. However, thanks to the recent launch of the Telemedia8point1, World Telemedia is now set to reach an even wider “online” audience from across the global mCommerce ecosystem.

“When face to face meeting opportunities were restricted by Covid, we developed our own bespoke virtual event – but with a big difference – it never closes! It was also been specifically designed to support, complement and enhance our live “in person” events and even now provides a 24/7/365 contact and information exchange for over 1,100 active subscribers!”.

“Face to face time has never been more valuable, so Telemedia 8.1 takes care of what’s best done online (researching potential partners, making initial contact, watching PPT presentations etc) – allowing our delegates to make the most of every minute they’re physically at the show”. 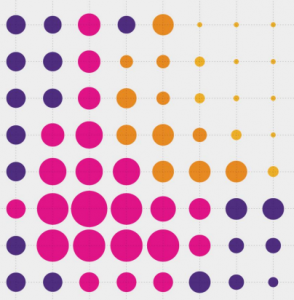 This report feeds into the Cairncross review into the sustainability of the UK press sector and the Government’s
Digital Charter work programme to ensure the UK is the safest place to be online and the best place to start and
grow a digital business.

You can find the report HERE

MCP’s foundation was built on advertising compliance monitoring and verification services for the VAS Industry. Over the last 4 years we have grown and evolved as a business. Not only are we now live in 26 territories (30 by end of Q2), we have also invested in producing deeper market intelligence to support our clients’ understanding of market trends – particularly in relation to compliance and fraud.

Our powerful monitoring and analytical tool-set makes us well equipped to provide a broader set of services to a wider marketplace. Therefore, we feel MCP Insight Ltd. better reflects our strategy for the future, as well as our value proposition over the coming years.

We look forward to continuing our work with valued clients, helping them to ensure that consumer safety and brand protection remains at the forefront of their on-line marketing strategies. Find out more about us and our services on our new website www.mcpinsight.com

Text short codes, which are 5 digit number starting with a 70 prefix, have been used with phenomenal success by charities over the last three years.  Short codes generate over £115m in donations per annum.  In many cases texting to a short code has become the most popular call to action for donors due to ease and simplicity. They have shown to generate incremental funds rather than cannibalisation from other, more mature, methods to donate such as online or by phone to a call centre. It also attracts a new, often younger, audience.

aimm has been working across its members to develop a similar facility for society lotteries. It works in the following way:  The society lottery manager or charity uses an advertising campaign to draw attention to its lottery with the call to action being text a word (such as WIN) to a short number starting 72 (e.g. 72123).  The advertising will include the price of the entry and the lottery terms.  A consumer sees the campaign and texts their entry using their mobile phone to gain entry into a lottery or raffle.  The lottery manager or charity uses its procedures to check the consumer is over 16 and then the cost of entry is charged to the consumer’s mobile phone bill.  It’s simple, quick and immediate. An efficient communication channel is now established with the consumer for follow up in-service messages and winner information.

With the near 100% penetration of text capable phones in the UK every British consumer over 16 can participate in a society lottery or raffle.  No other engagement and payment product has this penetration.

The launch conference was kindly hosted by Cancer Research UK and sponsored by Dynamic Mobile Billing (both of whom are aimm members), whose sponsorship enabled complimentary tickets to be given to those charities and lottery managers who wished to join us. It was extremely well attended by external lottery managers (ELM’s) and charities with excellent presentations from charity Oxfam, campaign enabler Cymba, Charity Funding and Promoter (CFP), Global’s Make some Noise, regulator Phone-paid Services Authority, payment intermediary Dynamic Mobile Billing (DMB) and mobile network operator EE.

Kevin Dawson, CEO of DMB said “It was great to talk to an audience who were clearly so excited about this new opportunity.  Based on our successful experiences in operating mobile payment lotteries in others markets across the globe, I am totally confident the UK market will be as successful for society lotteries as it has been for charities and giving campaigns, so DMB hope to work with the markets key players and share our experiences to deliver a mutually rewarding commercial partnership. The UK is getting more and more familiar with short code based services. It is positive for the whole ‘charge to mobile’ industry, opening up a new market for everyone up and down the value chain whilst being great for consumers who want to participate. It’s a win-win-win.”

The event showed that there were differing levels of understanding across the society lottery managers about how the text based call to action and mobile payment mechanism could be made to work. It is clear there is a need for enhanced education across this market.  aimm will be working closely with the Gambling Commission and the PSA on behalf of members to ensure that all regulatory requirements are covered.

Overall it is great to see a growth opportunity where the potential is being recognised. There is enormous enthusiasm across the board.  One lottery manager stated “This initiative has been the most exciting development in this industry since the postage stamp!” It is likely society lotteries will be trialling the new short code range before Christmas.

This one day conference will be a chance for Senior Managers to discuss important issues that are shaping the Industry.

The premium rate industry has shown decline over the past few years with consumers opting for free or other payment methods to enjoy their digital content and services, while the EU, while opening up the opportunity for tickets has clamped down heavily on transaction values and maximum monthly amounts. Apple is making big inroads into mobile payments in the US through a very aggressive land grab.

This one day Senior Manager conference, based in Cobham, Surrey will give you a chance to discuss the important issues and opportunities that are shaping your business, develop an industry roadmap for development and brainstorm strategies that will help you define your business going forward.

The day will be followed by an evening meal and an opportunity to relax and network with other conference delegates. For delegates who wish to stay overnight, accommodation is available at the venue and is a stones throw away from the Silvermere Golf Course which is an ideal location for client networking the next day.

Topics to be covered:

If you want to join us on this day please email: power50@aimm.co