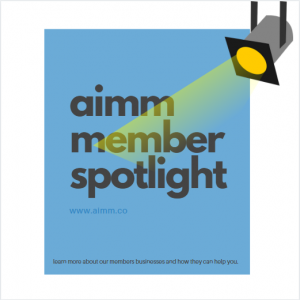 We spoke to Kevin Dawson the CEO of Dynamic Mobile Billing (DMB) to find out more about what they offer and their plans for the future in our interview.

If you are a charity then check out the special offer that DMB have made to help during this time!

Rupen brings a wealth of experience, with a career that spans over 20 years, including his time as Product & Lead Commercial Manager at mobile operator Three UK, as well as previous industry experience gained at Telefónica and Mobile Ecosystem Forum (MEF).

DMB CEO Kev Dawson comments on the appointment: “Rupen joins the UK Management team at an exciting growth time for the business.  We are seeing new revenue growth opportunities across both existing and new sector clients and Rupen offers extensive experience and capability to help drive DMB UK offerings in these areas.”

Rupen adds: “I’m delighted to be joining DMB at this promising time and hoping my experience can directly contribute to the mutual success of both myself and the business.”

Rupen started his career in the Media & Advertising sector, including stints at ITV, Channel 4 and WPP covering Sales, Business Development and Account/Client/Product Management.  He’s worked across all the major Media Agency groups and managed a portfolio of clients that included BT, Vodafone, Unilever, Mars, Procter & Gamble and GlaxoSmithKlein

At Three UK, Rupen was initially hired within the Payment Services team and was responsible for managing both Direct Carrier Billing & Premium Rate Services. For the last 20 months his focus has been solely on managing and growing the Premium SMS and Voice business working within the Wholesale Team.

As DMB are a member of aimm, we look forward to working with him, and hope to see him at the working groups.

Text short codes, which are 5 digit number starting with a 70 prefix, have been used with phenomenal success by charities over the last three years.  Short codes generate over £115m in donations per annum.  In many cases texting to a short code has become the most popular call to action for donors due to ease and simplicity. They have shown to generate incremental funds rather than cannibalisation from other, more mature, methods to donate such as online or by phone to a call centre. It also attracts a new, often younger, audience.

aimm has been working across its members to develop a similar facility for society lotteries. It works in the following way:  The society lottery manager or charity uses an advertising campaign to draw attention to its lottery with the call to action being text a word (such as WIN) to a short number starting 72 (e.g. 72123).  The advertising will include the price of the entry and the lottery terms.  A consumer sees the campaign and texts their entry using their mobile phone to gain entry into a lottery or raffle.  The lottery manager or charity uses its procedures to check the consumer is over 16 and then the cost of entry is charged to the consumer’s mobile phone bill.  It’s simple, quick and immediate. An efficient communication channel is now established with the consumer for follow up in-service messages and winner information.

With the near 100% penetration of text capable phones in the UK every British consumer over 16 can participate in a society lottery or raffle.  No other engagement and payment product has this penetration.

The launch conference was kindly hosted by Cancer Research UK and sponsored by Dynamic Mobile Billing (both of whom are aimm members), whose sponsorship enabled complimentary tickets to be given to those charities and lottery managers who wished to join us. It was extremely well attended by external lottery managers (ELM’s) and charities with excellent presentations from charity Oxfam, campaign enabler Cymba, Charity Funding and Promoter (CFP), Global’s Make some Noise, regulator Phone-paid Services Authority, payment intermediary Dynamic Mobile Billing (DMB) and mobile network operator EE.

Kevin Dawson, CEO of DMB said “It was great to talk to an audience who were clearly so excited about this new opportunity.  Based on our successful experiences in operating mobile payment lotteries in others markets across the globe, I am totally confident the UK market will be as successful for society lotteries as it has been for charities and giving campaigns, so DMB hope to work with the markets key players and share our experiences to deliver a mutually rewarding commercial partnership. The UK is getting more and more familiar with short code based services. It is positive for the whole ‘charge to mobile’ industry, opening up a new market for everyone up and down the value chain whilst being great for consumers who want to participate. It’s a win-win-win.”

The event showed that there were differing levels of understanding across the society lottery managers about how the text based call to action and mobile payment mechanism could be made to work. It is clear there is a need for enhanced education across this market.  aimm will be working closely with the Gambling Commission and the PSA on behalf of members to ensure that all regulatory requirements are covered.

Overall it is great to see a growth opportunity where the potential is being recognised. There is enormous enthusiasm across the board.  One lottery manager stated “This initiative has been the most exciting development in this industry since the postage stamp!” It is likely society lotteries will be trialling the new short code range before Christmas.

With the much-anticipated return of World Telemedia, Marbella (13-15 Oct) comes news that the organ...
21st July 2021

SLA Digital is pleased to announce Etisalat UAE, one of the world’s leading telecom groups in eme...
13th July 2021