Neil Johnson – Director and Chairman of aimm,  and Co-Founder of Satchel Messaging Ltd 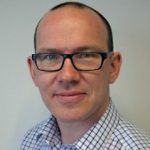 Neil is a highly commercial digital executive specialising in product development, sales and marketing and has established a strong record of success in driving revenue and usage while optimising customer engagement to maximise ROI.

Neil is a seasoned management professional with board level influence and a consumer-centred approach, experienced operationally in the innovation, launch, sales and marketing of new iOS and Android tablet and smartphone technologies solutions and in identifying and capitalising on new business opportunities. Neil recently achieved a £4m+ revenue digital business growth in just two years, from a starting point of zero, attracting 50,000+ subscribers in the same time frame by capitalising on new technologies, championing the innovation of new apps and leading targeted marketing and promotional initiatives.

Joanna joined aimm in 2018 to be the new face of the association, and has a wealth of experience in our industry. Joanna has previously worked in several companies in the interactive sector, heading up client services at both Telecom Express and Spoke Interactive and also with Channel 5, controlling both the commercial partnerships and interactive services divisions. This included management of Big Brother PRS, social media and App voting. This experience of managing audience interaction means that she has a deep understanding of the opportunities and the challenges that this industry faces.

aimm’s remit is to create the conditions for growth in micropayments and to support its diverse member base by protecting the regulatory environment in which they operate and continue to strive to create new opportunities for the industries in which we work.

Toby is director and co-founder of MCP Insight Ltd, a company specialising in advertising monitoring, compliance and fraud management. He has over 20 years’ experience working in the interactive media and mobile billing Industry. Having founded the Industry trade organisation aimm in 2007, Toby has worked closely with mobile network operators, service partners, content promoters and media to drive numerous market growth initiatives and to ensure consistent Industry representation to regulators, government and Industry stakeholders.

Prior to setting up aimm Toby was co-owner/MD of the media business World Telemedia, co-founded a directory enquiries business UKDA and launched the european online trade organisation NOC and the International Telemedia Association.  Toby remains co-founder/director of MCP Insight, director at AIMM, a partner in UKDA and owns the consultancy business 49DS Ltd.

Rob Weisz – CEO –  Fonix & Vice Chair of the aimm Board

Working for businesses such as Thus, Redstone, O2 & Mobile Interactive Group and now the CEO of Fonix, Rob has over 17 years’ experience overseeing some of the largest interactive messaging and mobile payment campaigns in the UK across Media, Telecoms and Technology sectors.

Having been an active aimm Board member for the past 6 years and Vice Chairman for the last 4 years, Rob has been very involved in guiding, advising and shaping the industry through the value chain across all the sectors and industries that aimm represents.

Rob is the current Chair of the Charities Working Group having supported the organisation driving Gift Aid declarations and general service optimisation which has allowed the Charity industry become the fastest growth area for mobile billing in the UK. Rob hopes to continue to drive consumer confidence and drive innovation through aimm for the mobile and telecoms payments markets.

Alan has a broad church knowledge of the Telecoms Industry. At Telecom2, Alan deals mainly with contract, legal and regulatory matters but still becomes involved with AIT when necessary. Other CPs often seek Alan’s advice. Alan has been a member of the aimm Board representing the voice sector for some years. Previously he worked for BT for 40 years in a variety of roles, mostly in wholesale and for the last 10 years developed and managed the AIT process, dealing with most of the network operators and organisations such as OFCOM, PSA, LEAs and TUFF and won awards for his work.

Telecom2, who are a voice network carrier with offices in London and Spain. Through the group of companies our focus is to at the forefront of technology, specialising in VoIP B2B and call centre solutions. T2 also specialise in micro payments across mobile, card services and age verification.

I have close to 30 years experience in the premium rate industry as Service Provider, broadcast client, and both at the same time. I have had one previous spell on the AIMM Board, and have coached ITV colleagues in the role since my last term.

I work with many stakeholders in the industry as ITV provides opportunities for consumer payment via landline, SMS, mobile voice shortcode, PayPal, Apple Pay, Debit Card and, most recently, Open Banking, and I oversee an annual audit of services and processes which is carried out by Deloitte.

I contribute to the annual PSA industry analysis, and have a long-standing working relationship with the AIMM General Manager and various AIMM board members. I bring experience, a collaborative attitude, and a will to facilitate and ease the relationship between the industry and its consumers, whilst ensuring that the industry watchdog applies an educated and proportionate approach to regulation.

I have over 20 years’ experience in the Charge to Bill market, starting my working life at Orange in 2001 when we first launched premium SMS. Being with the team since its infancy has given me a depth of experience, and I’ve worked closely with, and helped to connect, many of the Partners and Merchants who still operate services on the EE network today.

During my early years, I was integral to Orange launching further 3rd party billing capabilities in the form of MMS short codes, voice short codes, and the Direct Billing API, as well as helping to define the strategic direction for the product. I also led the project to deliver a crediting API for the first ever cross network mobile crediting campaign for Coca Cola; ‘Gimme Credit’. Over the years, I have worked on numerous cross network projects that have helped shape the industry, always with the aim of striking the difficult balance between ‘doing the right thing’ for the customer and trying to grow the revenue.

I have always been seen as the internal champion for Charge to Bill, engaging different areas of the business and shouting about our launches and achievements in the market, so that our internal stakeholders get to hear about the good stuff. Over the last couple of years, our team has worked tirelessly to ensure that our customers have a great experience when using Charge to Bill. This has paved the way for mobile payments to compete with better known, or established payment methods. We have reduced customer complaints to an all-time low and driven up customer NPS, whilst growing the revenue significantly, and have brought on board services that we are proud to promote to our customers and internal stakeholders.

Jonny is a director and co-founder of SB7 Mobile Ltd, a Level 2 provider specialising in the creation and monetisation of content services and apps using targeted mobile marketing campaigns. He has over 25 years’ experience in the industry across voice, text and carrier billing solutions, working on diverse promotions with print, broadcast and online advertising partners in a number of international markets, including Latin America where Jonny lived for a number of years.

Jonny contributes regularly to industry forums and AIMM working groups including becoming a collaborator on the Customer Service Best Practice Guide via the ISEE Working Group. Jonny has  been a member of aimm since 2010.

Nick oversees all aspects of Business Growth across Europe, based in London UK. He has a strong background in Technology, Product, Sales & Marketing within the digital and mobile eco-system. Currently active in educating those in the ecosystem about the potential of CPaaS.

With over 20 years’ experience, Nick has previously held various senior positions at Vodafone, Orange, EE and BT, Daily Mail & Persado. He has also co-founded successful companies that are now thriving on a global stage. 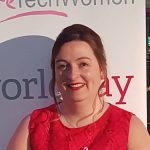 I am a Senior In-life Product Manager in the O2 Commerce team, working across a number of payment products including Charge to Mobile, Premium SMS, Premium Voice and SIP voice services. I have over 9 years experience in the Premium Rate Services industry having spent time working at an L1 aggregator and over 5 years in my current role at O2.

Within this current role, I have worked to support the continued evolvement of payments services in O2, focusing on improving the customer experience as well as balancing compliance requirements. I have led and been integral to numerous projects: Premium Service Checker, giving O2 customers more information on charges on their bill, Enhanced payment flows, listening to customers feedback and implementing changes to payment flows that reduced complaints significantly and led a cross-network project to combat phishing by SMS.

I have also been actively involved in STEM mentoring, encouraging more girls to consider careers in technology and I was honoured to win a TechWomen50 award in 2017 celebrating emerging female talent in tech. I’m looking forward to working with industry on new growth opportunities while increasing customer understanding and trust in using their mobile phones for payments.

Chris is CEO of Donr, whose mission is to help charities grow stronger relationships with supporters by creating accessible fundraising technology. Chris was previously an aimm Board member for 4 years until 2017 before rejoining the aimm Board in 2020. He is Chair for the aimm Regulatory Insights Working Group, and also chaired the Payforit working group for nearly 5 years.

Chris has a keen interest in carrier billing technology and emerging opportunities. In 2018, he launched Mobile Refunds to enable companies to refund payments direct to a phone bill, quickly and easily, along with expanding Donr to 5000+ charity clients.

During his tenure as CEO of ImpulsePay, Chris led the industry through many of the early iterations of Payforit. This experience has given him extensive knowledge of the MNOs, the PSA, the audit companies and other regulators such as the FCA, ICO and ASA.

As Head of Enterprise at Global, Joel is responsible for all B2C retail activity including Premium Rate and Micro-Payments. Having built Global’s Premium Rate business from the ground up, he has a deep understanding of how the industry works, the necessary compliance and, perhaps most importantly, what drives audience engagement.

Additionally, Joel has played an active role in developing the phone-paid revenue for Global’s Make Some Noise charity, including the roll-out of the highly successful ‘text-to-win-and-donate’ competition mechanics. Joel has over 10 years experience in the industry, having previously worked at DMGT, overseeing all telephony activity as well as mobile product development. Joel is Chair of aimm’s Broadcaster working group.

Alex is a Partner at Fladgate law firm, based in London, where he heads their Regulatory and Competition Law team. He specialises in commercial, competition and regulatory matters affecting the mobile sector, having acted for many companies across the supply chain on their interaction with the regulatory authorities and on their day-to-day commercial agreements. Alex also has expertise in the evolution of financially regulated micropayment services, such as eMoney and Payment Services. His work has taken him to many different geographies, including Europe, Asia, Africa and North America.

Previously a regulatory adviser to the Mobile Entertainment Forum, Alex joined the board of aimm in 2014 and seeks to act as an independent voice, representing the whole industry as opposed to one particular interest group.

Kerry is Head of Operations for BBC Children in Need. As well as the management of the Charity’s CRM and Supporter Care Teams, Kerry takes responsibility for the set-up and delivery of the Charity’s range of donation mechanics which support the annual BBC Children in Need Appeal show and supporting campaign. Text donations have formed a crucial part in this offering alongside the famous telethon for many years.

aimm has always championed best practice across the industry, and ensuring that customer care is th...
15th August 2022